You are here: Home / News / News / Poorest pensioners in East Lothian missing out on more than £4.5 milli... 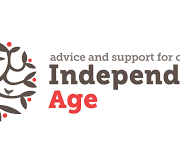 Pensioners in East Lothian are missing out on millions of pounds in unclaimed pension credit, a leading charity has revealed.

Independent Age estimate that around £4.5 million in pension credit is going unclaimed in the county with the Tory UK government doing virtually nothing to ensure pensioners get the help that they need.

Across Scotland, more than £300million is going unclaimed by 123,000 households.

“The last Labour Government took action to cut pensioner poverty, but the Tories have disgracefully allowed it to go up on their watch.

“It is shocking that East Lothian’s poorest pensioners are missing out on more than £4.5 million in vital support and something must be done urgently to increase take-up of Pension Credit.”

“Across the UK the poorest pensioners have missed out on £7 billion of Pension Credit since the last election, which means vulnerable people are being left without much-needed income.

“The Tories’ idea for encouraging people to apply for Pension Credit – an ‘online toolkit’ – would be laughable if this wasn’t so serious. They must right this wrong immediately.”