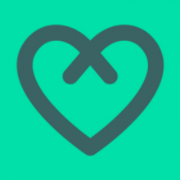 Scottish Labour is calling on the Scottish Government to follow the example of the Labour-led government in Wales and use the financial support available to aid businesses which operate ethically and so bolster the national economy.

“We cannot just go back to ‘business as usual’ after this pandemic. By taking this principled stance the Scottish Government can state clearly that the days of the state bankrolling tax-dodging companies at the expense of the domestic economy are over.

“Campaigns such as the Co-op Fair Tax Mark, which supports businesses that pay their fair share to tax, must be encouraged and strengthened, and I’m pleased to add my support to the campaign to ensure no tax avoiders receive government funding after this crisis.”

Scottish Labour will also be supporting an amendment to the coronavirus emergency legislation proposed by the Scottish Green Party leader Patrick Harvie which would see the Scottish Government follow the example of the Labour-led Welsh Government.

The Co-operative Party is partnering with Fair Tax Mark to sayany Government bailouts provided to companies due to the coronavirus should have three simple Fair Tax conditions, so in the future tax avoiders cannot benefit from a public purse that they have not paid into.

The Co-operative Party’s petition supporting fair taxation can be signed at https://party.coop/nobailoutsfortaxavoiders

New guidance for tackling violence against women during COVID-19