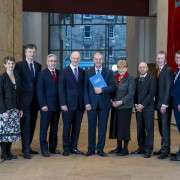 The Smith Commission report on more powers for the Scottish Parliament was published last week. East Lothian MSP Iain Gray was one of the ten members of the Commission, and spoke at the report’s launch in the National Museum of Scotland.

“Today is a promise kept for the people of Scotland. Before the referendum we made a vow which today we honour. A stronger Scottish Parliament as part of the United Kingdom. An agreement which respects the sovereign will of the Scottish people. A transformative package of measures to deliver a powerhouse parliament.

“All five political parties represented. Diverse in their starting point. But coming together in common purpose and today reaching a common agreement. I want to pay tribute to our Chair Lord Smith, and to all our fellow members of the commission in reaching this agreement. Everyone had to make difficult decisions on behalf of their party, but we reached agreement. Not in our own interests, but in the interests of Scotland and the people we serve.

“They demanded change and through this agreement we meet that demand. A scale of change greater than many imagined ahead of a timetable many believed impossible. On tax, on welfare, on job creating powers. On the ability to create new benefits and uprate others. To better protect the most vulnerable and more effectively seize our opportunities to prosper.
Real change, real powers.

“Yet this agreement preserves the social and economic union of the nations of these islands. The guarantee and the solidarity of protection in old age, economic difficulty and building a family through the system of pensions, child benefit and social security. Consensus is not often a word used in politics, especially when five parties are involved. But a consensus is what we have delivered. All involved in the Smith commission have played our part in keeping a promise made. This is a good day for Scotland.” 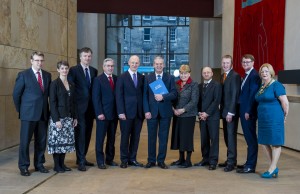 Letter from Holyrood: More to be done on the living wage