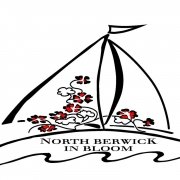 Iain Gray MSP has tabled a motion in the Scottish Parliament welcoming the success of Rosie Oberlander at the first ever ScotRail community awards.

Rosie, who led the work of North Berwick in Bloom’s station adopters group, was the winner in the Station Adopter of the Year award category.

Mr Gray’s motion congratulates Rosie on her success and also praises the work of her fellow volunteers in North Berwick in Bloom who have done such a wonderful job in the town for many years.

“Rosie’s success in being named Station Adopter of the Year at these inaugural awards is a fantastic achievement and one I was delighted to acknowledge in Parliament.

“The award is very well deserved recognition of the huge effort she and her fellow volunteers in North Berwick in Bloom make year in year out to ensure the town looks at its very best for local people and visitors.”

The full motion is as follows:

That the Parliament congratulates Rosie Oberlander, head of North Berwick in Bloom’s station adopters group, on her success in the Station Adopter of the Year category at the first ScotRail Community Awards; understands that, as the head of the group, Rosie’s tasks included ensuring the annual planting schedule was followed and watering all the planters at the station; notes that North Berwick station was one of three shortlisted for a national station award in 2018 and that the appearance of the station has made a significant contribution to North Berwick in Bloom’s success in Beautiful Scotland and Britain in Bloom, and pays tribute to Rosie’s dedication, leadership and enthusiasm, as well as all of her fellow volunteers in North Berwick in Bloom for their hard work throughout the year.