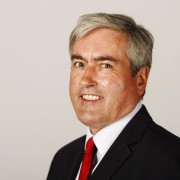 This year’s Fairtrade Fortnight ended on 9 March. It has now become a well established part of the annual calendar of campaigning and awareness events and is one that I always make sure I support. It is a really valuable opportunity to promote awareness of the concept of Fair Trade and encourage more people to think ethically and buy Fairtrade products. It is also a time to reflect on the success of the Fair Trade movement and what it has achieved since its early days in the 1960s.

Even when I worked for Oxfam in the eighties, Fair Trade was an idea few were aware of, and FT Fortnight a much smaller event than it is now. The idea that mainstream shops and supermarkets would be stocking Fairtrade products seemed very optimistic. Fairtrade volunteers in all of our communities have made that happen. The range and quality of products now available is quite remarkable.

I have been fortunate enough to see firsthand the difference that Fairtrade can make for farmers and communities. One year ago Scotland achieved Fair Trade Nation status, a fantastic achievement which came about largely as a result of the dedicated work of local campaigners, including many here in East Lothian. Working as ordinary citizens in their own communities, thousands of people have set out to make a difference to the lives of farmers and workers in developing countries.

Everyone who has been involved in the various campaigns and activities aimed at promoting Fairtrade over the years, can rightly be proud of the huge contribution they have made. Of course, Fairtrade Fortnight enjoys considerable support here in East Lothian and I was delighted to visit Fair Trade coffee mornings in Dunbar and North Berwick to mark the event. The most important thing, though is to seek out fairly traded products all year round!