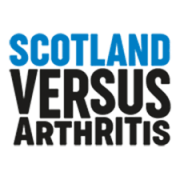 Iain Gray MSP is backing a new campaign calling for a national plan to drive improvements in services for people living with arthritis.

The ‘Impossible to Ignore’ campaign, launched by the Scotland Versus Arthritis charity, is highlighting four key priorities for government:

As part of the campaign, the charity has launched a petition calling on the Scottish Government to prioritise the needs of people with arthritis and musculoskeletal conditions as NHS services are remobilised during the COVID-19 pandemic https://bit.ly/ImpossibleToIgnoreTW

“The pain of waiting for joint replacement surgery is impossible to ignore. That’s why I’m happy to support this new Scotland Versus Arthritis campaign and the call for a national plan to restart treatment and bring down waiting lists safely.

“It’s vital that the Scottish Government move quickly and safely to reopen all services and utilise the NHS estate to increase the capacity in the delivery of treatment. Work has begun on this but it is not moving rapidly enough.

“Anyone who wants to see improvements in these services should support the campaign’s petition urging the Scottish Government to prioritise the needs of people with arthritis and musculoskeletal conditions.”

Mr Gray has also signed a Member’s Motion in the Scottish Parliament highlighting the campaign:

That the Parliament welcomes the launch of the Impossible to Ignore campaign by the charity, Versus Arthritis, which calls for arthritis and musculoskeletal conditions to be a priority at a national and local level following restoration of NHS and public services after the COVID-19 pandemic; understands that over 1.5 million people in Scotland are currently living with arthritis or a musculoskeletal condition; acknowledges that research conducted by Versus Arthritis between April and June 2020 has highlighted that 40% of respondents in Scotland did not have access to the care and treatment that they needed to manage their pain, while 43% reported that appointments had been cancelled, rising to 50% for those self-isolating; welcomes calls from the charity that NHS boards’ remobilisation plans should specifically include provision of services to support people with musculoskeletal conditions and arthritis; agrees that people living with arthritis should be directly involved in shaping the development and delivery of services in order to improve patient-reported outcomes and satisfaction, and supports the charity in its ongoing work to support those living with arthritis.

Find out more about the campaign and Scotland Versus Arthritis’s other work at https://www.versusarthritis.org/in-your-area/scotland

Public invited to back call for review into results fiasco