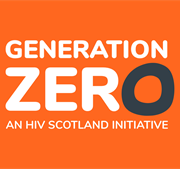 Ahead of World AIDS Day on 1 December, HIV Scotland launched their Generation Zero campaign after a new poll suggests 46 per cent of Scots think HIV can be transmitted through kissing, biting or spitting.

The poll, conducted by Mark Diffley on behalf of HIV Scotland, also suggested that only nine per cent of Scots strongly agreed that they would be comfortable kissing someone living with HIV.

“Stigma is still a huge issue for people living with HIV in Scotland. It is one of the biggest barriers to testing, can stop people from accessing treatment and support. Often people fear telling family, friends and partners their status which can lead to isolation and mental health problems.

“Everyone should be talking about the facts, not spreading myths and misinformation. HIV can’t be passed on through kissing, spitting, sharing toothbrushes, drinking from the same cup or toilet seats.

“By working together and taking a strong position on addressing stigma, inequality and social exclusion, we can make a real difference to the lives of people living with HIV.

“Scotland has all the right tools to reach zero new HIV transmissions and zero stigma. To achieve this reality, we need everyone talking about the facts. Someone living with HIV who takes their medication that reduces the virus to such low levels in the blood – can’t pass it on to their sexual partners.

Find out more about the campaign at http://zero.hiv.scot